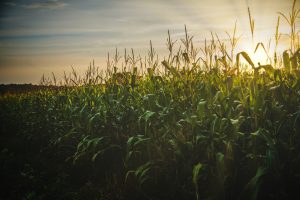 The COVID-19 pandemic and on-going droughts took its toll on Mozambique, hampering the steady year-on-year growth that peaked in February, sending the GDP tumbling in Q2.

Focus Economics panelists expect Mozambique’s GDP to grow by 2,8% in 2021 and 5,5% in 2022. However, the outlook remains clouded by the country’s hefty external debt load and fragile public finances.

Mozambique’s continued population growth is expected to reach 31,20 million by the end of 2020, and 32,90 million by 2022, according to econometric models by Trading Economics.

“The predicted population and GDP growth are both indicators that the disposable income of higher-earning households can be expected to increase, giving more buying power that will lead to an increase in demand for grain (staple food) for food security,” says Christoph Grey, Director Rand Agri.

Unfortunately, it does not hold true for a larger part of the population’s lower income households in rural and remote areas. According to the latest FEWSnet Mozambique Food Security Outlook (August 2020), high food assistance will most probably be required up to May 2021 since the lean season starts from February and continues until May 2021. Food gaps will persist but gradually decrease as green foods become available in mid-March, and the harvest begins in April 2021.

“Food security will however improve across the board with the onset of the harvests in April when many households will start harvesting their own produce and will rely less on market purchases,” stated Grey.

Rand Agri is a leading grain trader in Southern Africa.  We buy, sell and transport grains across borders. Visit www.randagri.co.za to find out more.