Skip to content
The facts about non-genetically modified grains

The facts about non-genetically modified grains 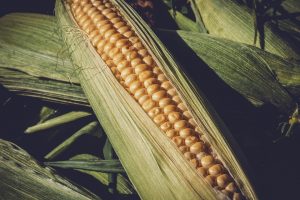 Johan Gouws, Grain Trader at Rand Agri, says “The worldwide trend of using non-GMO and organic raw materials in the production and manufacturing of food is drastically on the rise, especially in the US and Europe.

“It’s also picking up pace in South Africa. Manufacturers are dependent on farmers and commodity traders to produce and sell non-GMO raw materials such as grains to enable them to produce healthy, nutritional clean label* foods.

“At Rand Agri, we pride ourselves on safeguarding the nation by investing in our nation’s health. That is why we are proud southern African sellers and traders of non-GMO grains (soybean, maize and sunflower)”.

* Clean label foods are a new trend popularised by Millennials and Generation Z, who believe in the “less is more” adage, and want to be able to see exactly what products contain.

South Africa first approved the release of genetically modified, insect-resistant cotton and maize in 1997, and is one of the only countries in Africa to approve this method of farming. Today, South Africa is the world’s eighth-largest producer of GMO crops. Even though you may not realise it, you’re probably eating GMOs. More than 70% of local corn crops are genetically modified.

More than 80% of all genetically modified crops grown worldwide have been engineered for herbicide tolerance. As a result, the use of toxic herbicides has increased fifteen-fold since GMOs were first introduced. In March 2015, the World Health Organization determined that the herbicide glyphosate is “probably carcinogenic to humans, Gouws says “At Rand Agri, we are dedicated to making a bigger impact in southern African trading with non-GMO maize, soybean and sunflower. We are not only identifying and opening new markets for our farming network and community to offset their non-GMO grains, but also offering the complete value chain access to non-GMO grain raw products to enable them to process and manufacture non-GMO food products such as cereals, maize-meals and much more. Rand Agri believes in making an environmental difference and wants to support our farmers and producers who are environmentally and health conscious.”

Though South Africa is still largely an avid supporter of genetically modified grains as a result of various factors, including cost reduction. We cannot ignore the fact that we need to continue to investigate and enhance our knowledge of how we can protect our environment and our health.

Herbicide tolerance and pest resistance represent over 99% of traits in genetically engineered crops currently on the market.

When Consumer Reports tested processed foods with corn and soy ingredients in 2014, we found that almost all of the processed foods tested that were not labelled as Organic or Non-GMO contained substantial proportions of genetically engineered corn and soybean.